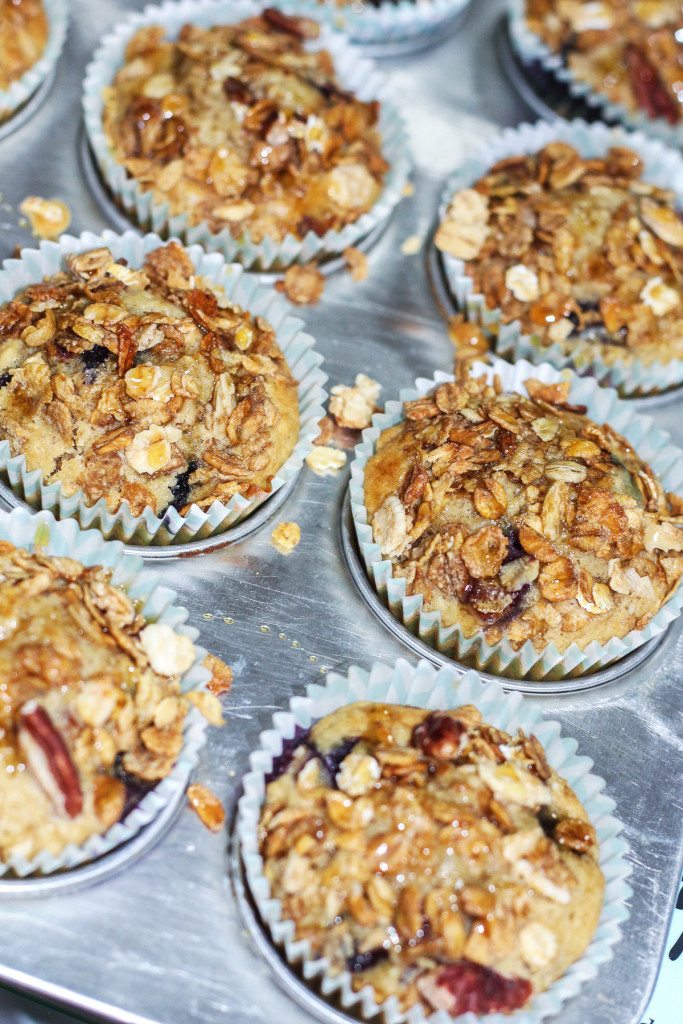 You learn something new every day and yesterday I learnt a new word. I love to watch “Chopped”. It is basically a reality based cooking show where four chefs would pit against each other. They would get a basket of ingredients for every round and they would have to turn it into a dish that would eventually be judged by the celebrity chefs.

In the recent episode, the chefs were given Rocky Mountain Oysters (Read: the new word I learnt). I was thinking, wow those are different looking oysters. Oysters always come in shells, but this one looked nothing like a shellfish. In fact, it looked like chicken meat in a ball form.

Just Minutes into the show, I realized that rocky mountain oysters are just the testicles of bull/sheep/pigs. *Gasp* Why would you eat that by the way?

I have to admit that it is a pretty sophisticated name for an animal balls though. One day if someone makes me really angry, I am just gonna say “Shut up you rocky mountain oyster!” It doesn’t sound abusive at all, right?

I have had a whole lot of things going on and I really meant a WHOLE lot. From the hospitalization of my second brother to working on a new website. There is also the trading which was not doing well initially due to the bombing in Brussels, but all is well now and I am a happy soul.

Just 3 hours ago. I happily dragged my standing stove, out of the house. I think I must have lost at least 1 kg, while I dragged that for like 20M. Well, I made up for the weight loss with ice cream, later on.

Now that the old stove is out of the way, I am excited for the new stove and a new cabinet for the stove to sit on. New things in the kitchen are always exciting to me. If I had to choose between redesigning the living hall or kitchen, I would definitely choose the latter. The kitchen is the heart of the home after all! Cliché, I know, but cliche works most of the times. 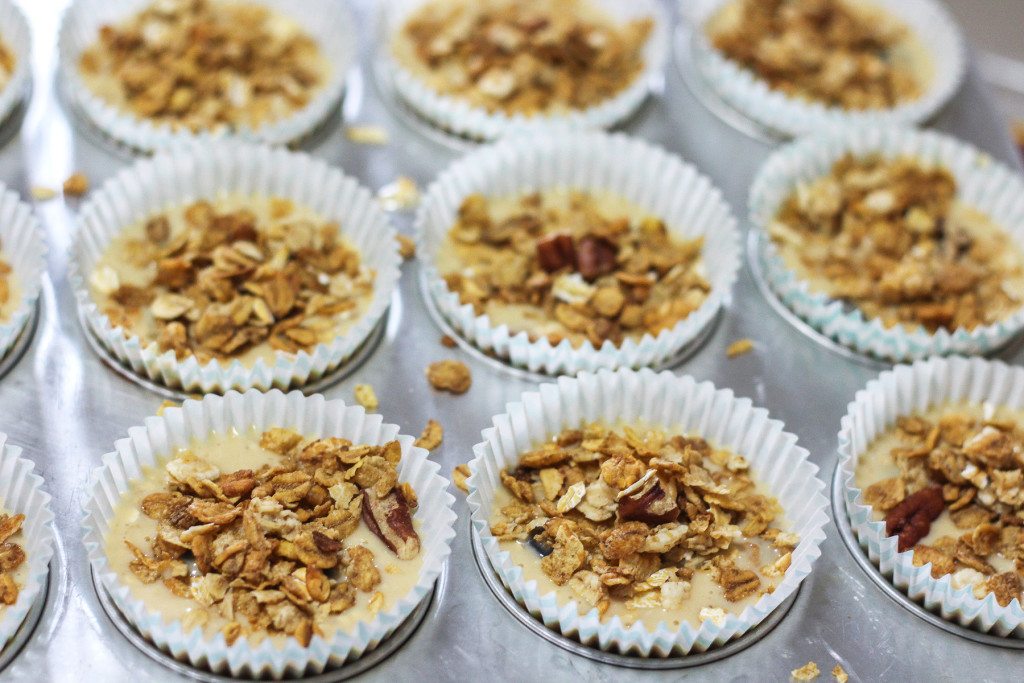 So let’s get engaged is some muffin talk shall we? Not just any muffin, but a tall muffin with a sparkling crown made from granola with a pillow like softness to it.

These muffins are made from a bunch of yummy things like oats, blueberries, maple syrup and brown sugar. The best thing about this muffin is that you can personalize each muffin. Let’s say your baby girl is a fan of blueberries and the boy loves bananas instead. Well, you can easily add blueberries in some of the muffins and bananas in the rest. You can also add other ingredients like cranberries, shredded coconut and so on. Starting your morning with a muffin that has your favorite ingredient. Can’t get any more perfect than that! 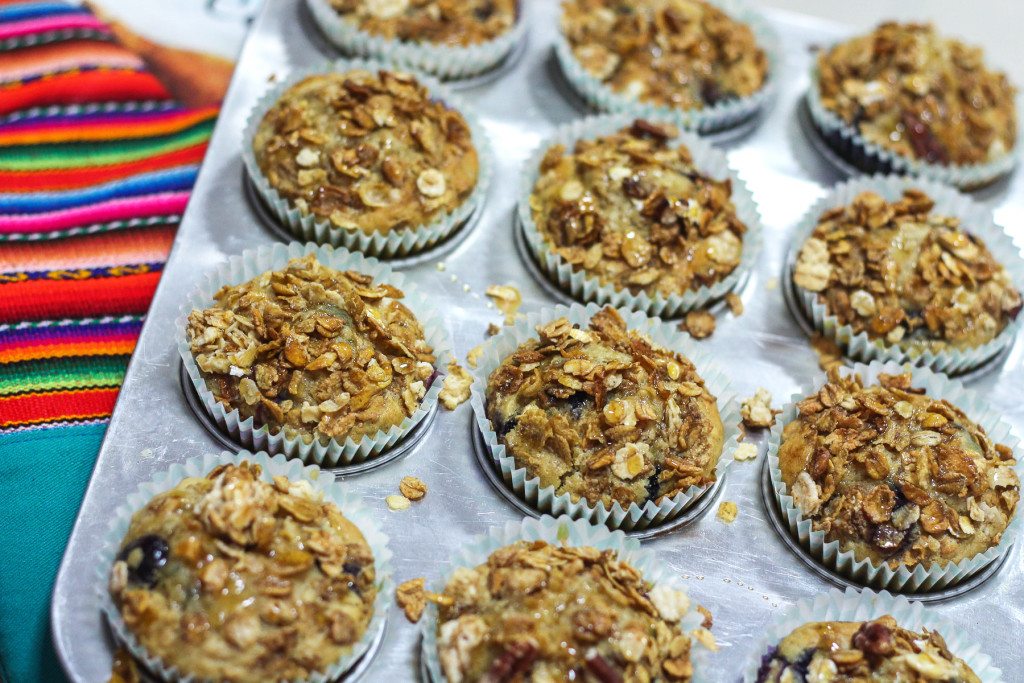 These Blueberry Oatmeal Muffins with Granola Topping are hearty and loaded with juicy blueberries. They make for such an awesome grab and go breakfast. This would be best if made over the weekend and eaten through-out the weekdays. ???? 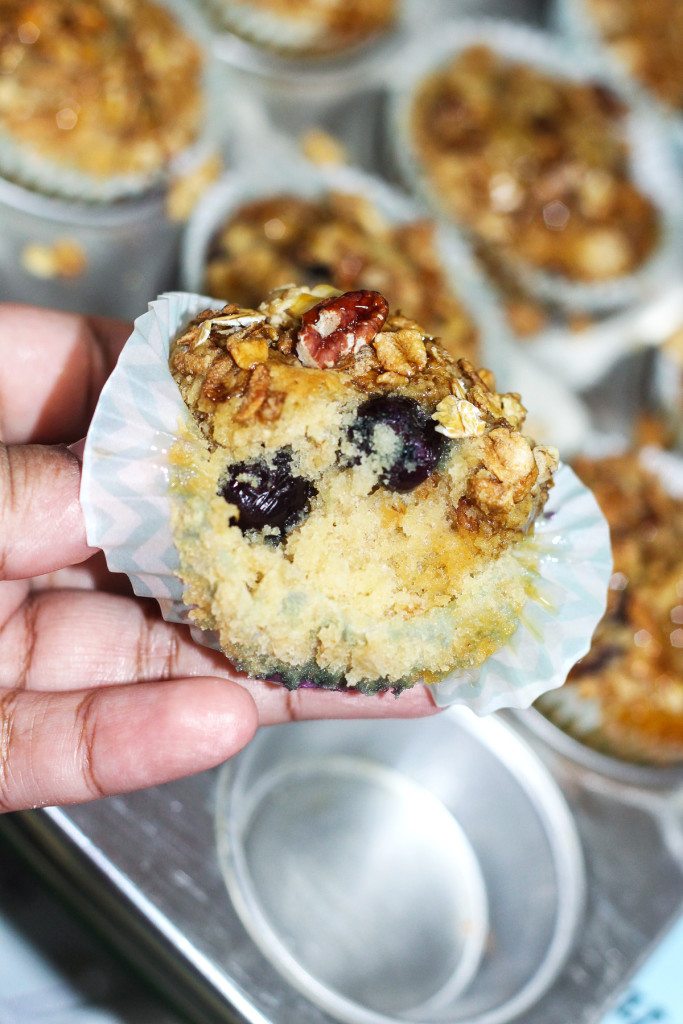