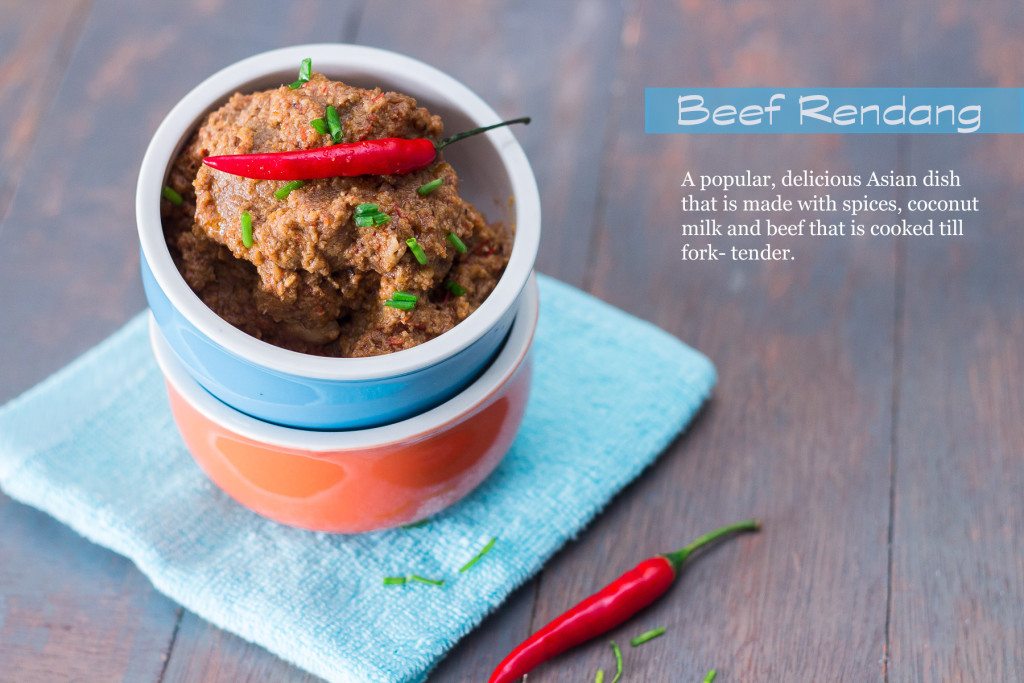 Every time I flip through a cookbook, I would be greeted with a number of Asian recipes. Thai green curry in Gordon’s book, Indian butter chicken from Nigella, chicken chow mein courtesy of Jamie Oliver, satay from Donna hay and Indonesian ginger chicken made by Ina Garten. The list just goes on and on. This shows that Asian cuisine has gained popularity throughout the world. While most Southeast Asian diners are in love with western cuisines, Asian cuisines on the other hand, are gaining in popularity and influencing the westerners.

Today I am sharing a classic Asian recipe that is very symbolic to the Malay and Indonesian Cuisines. Rendang, is a spicy meat dish that is slow cooked and is believed to have originated from Indonesia. It is also a widely known dish in Indonesia, Malaysia and Singapore. If Turkeys are being served during Christmas, rendang can often be seen in almost every household during Eid. There are so many different varieties of Rendang and there is really no right or wrong recipe as different ethnic groups have different recipes for Rendang.

Coconut milk is essential in all recipes of Rendang as it is one of the main ingredients. Some recipes might even call for “kerisik” which is basically toasted coconut that has been pounded to release all of its oil. It is readily available at Asian stores. However, If it is not available, you can easily make your own or omit it. 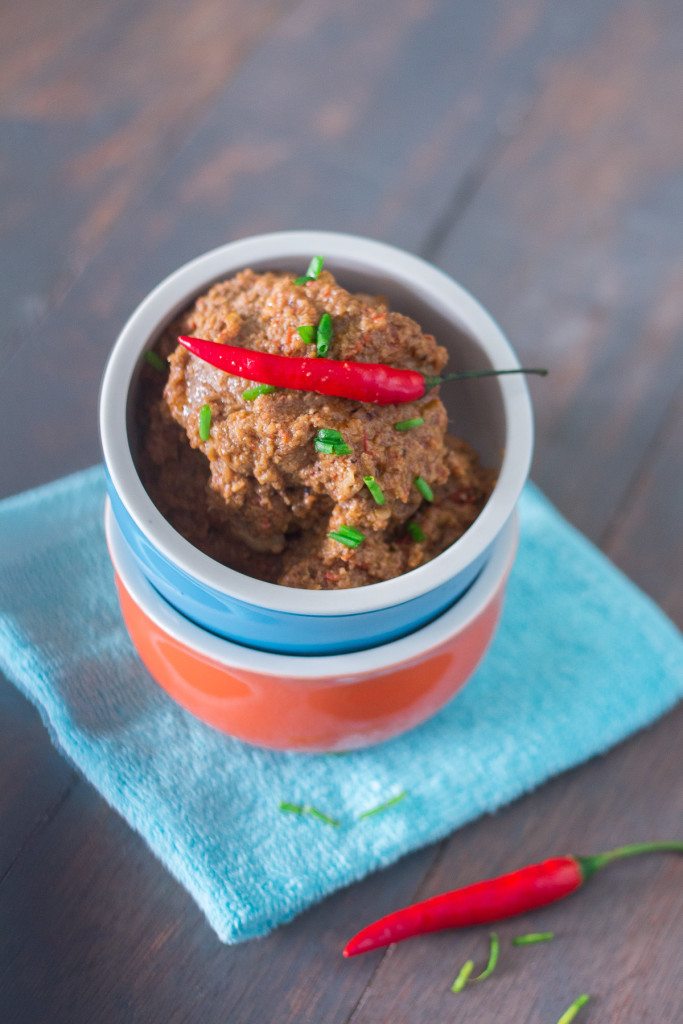 Rendang is mostly cooked from beef, lamb or chicken. It is not something that you can whip up in a jiffy as it is quite a time-consuming dish. From preparing the spices to cooking it over a low flame till the meat is fork tender and the gravy dries up. Believe me, the 2-3 hours spent on this dish are totally worth it. Rendang is a very scrumptious dish and if you can patiently cook this, the reward would be very handsome indeed! Best of all, rendang keeps well, so you can cook this in bulk.

This succulent and absolutely delicious dish is an explosion of flavors and it is certain to win you over if you taste it. For those of you who have never tried rendang, do give this recipe a try. This beef rendang recipe is a treasure to keep as you would be preparing this again and again. 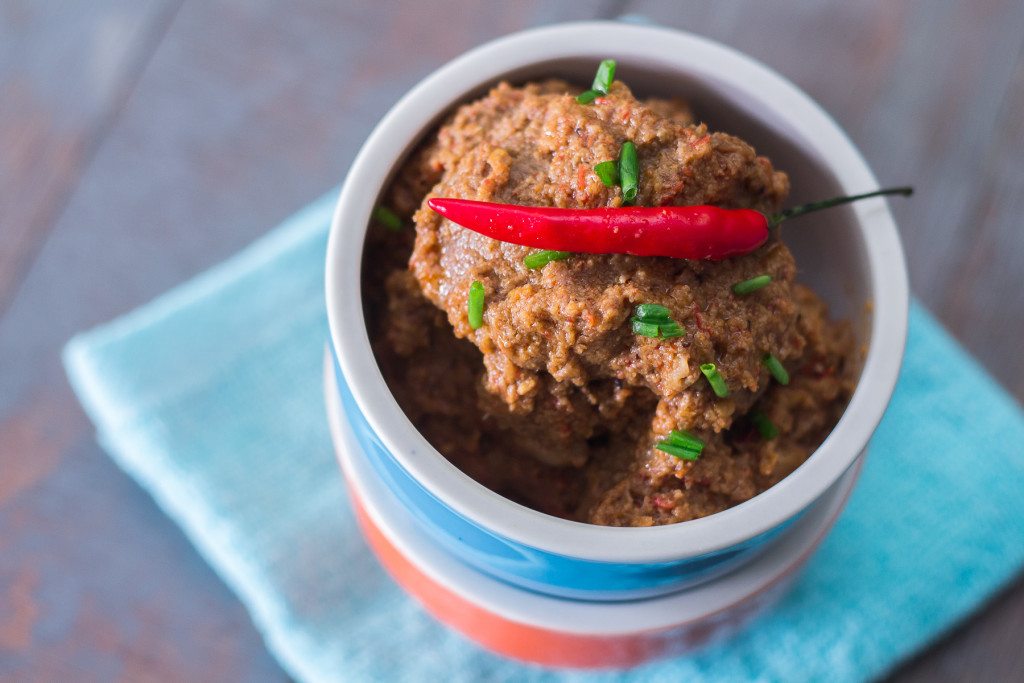